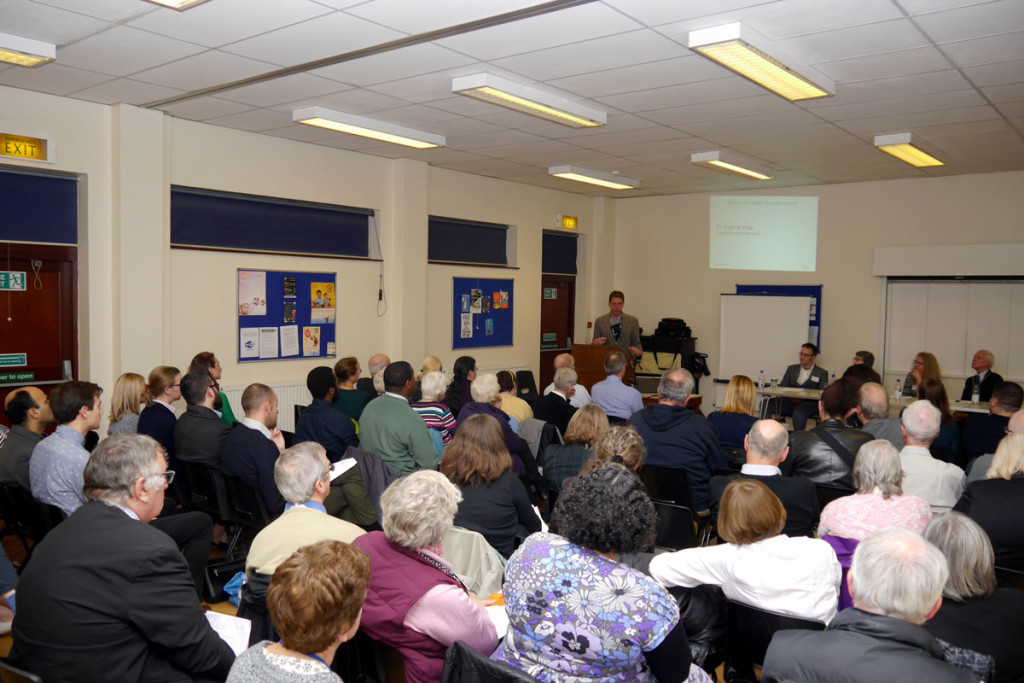 More than 50 attendees heard from Dr Hugo de Waal, Consultant Psychiatrist and Clinical Director for Dementia at the South London Health Innovation Network. Dr de Waal spoke about the importance of a person-centred approach to supporting people who have received a dementia diagnosis.

Michael Magar and Kathy Webb, volunteers from the Mindkit Youth Wellbeing Project, spoke powerfully about the work they do introducing young people to mindful living and the 5 Ways to Wellbeing. Michael and Kathy also spoke about how much the training, qualifications and experience at Mindkit has helped them grow personally.

The AGM saw the election of two new Trustees. Dr Stuart Robertson is an experienced local GP and Lee Broderick is a Peer Support Volunteer in Lewisham.

Speakers and  guests at the Bromley & Lewisham Mind AGM 2015

Thank to all the staff who organised the event and everyone who attended.

The Annual Review 2015 document, reflecting on the last year’s successes, is also available to download or in print.

Get free email updates about our services, jobs and more.